Timaru is a town most people pass through rather than spend the night. But even if you’re visiting on the way to somewhere else (most likely somewhere better) there are still some fun things to do in Timaru. Most of these centre on Caroline Bay, one of the better “city beaches” in New Zealand, but there are a few other things to check out. Join me on this virtual tour of Timaru, my former hometown!

If you’re passing through Timaru and feel like stretching your legs, a quick visit to Caroline Bay is your best bet. The beach is great and the water is nice and calm. It’s a good place to swim, hang out by the beach or explore the gardens, sculptures, pools and other things on offer behind the beach. 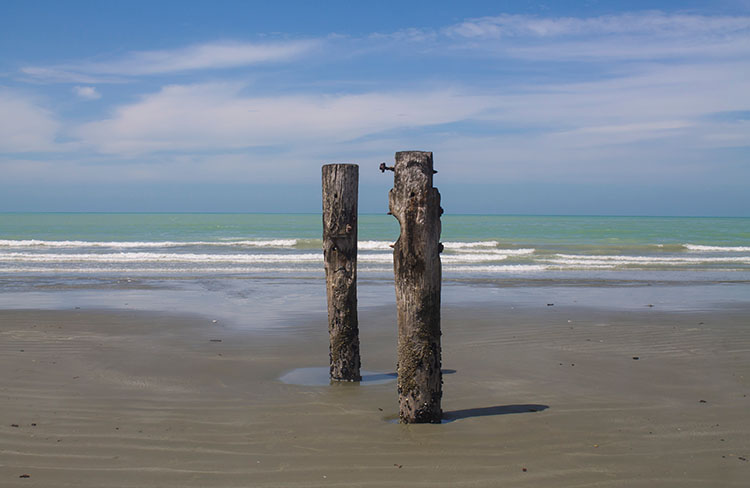 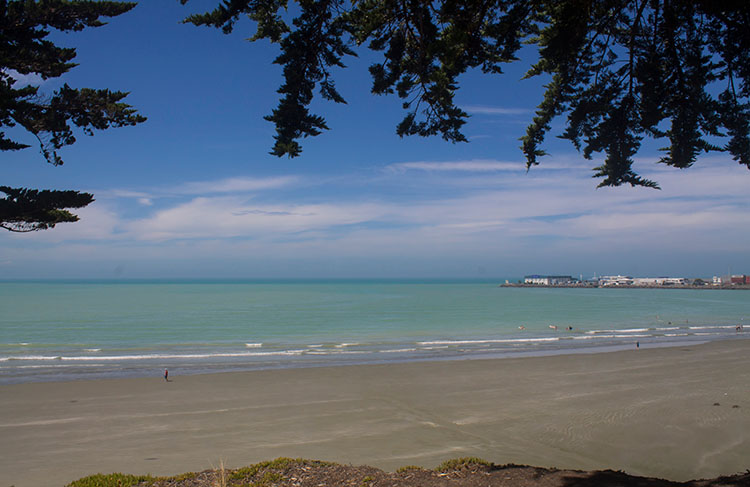 If you’re in Timaru in the summertime, you’ll want to check out the Caroline Bay Carnival. This place comes alive at night and it’s quite a unique thing to see in the South Island (I haven’t seen anything else like it at least). I remember going on one of the rides (The Hurricane I’m pretty sure) and it being one of the most frightening moments of my life! 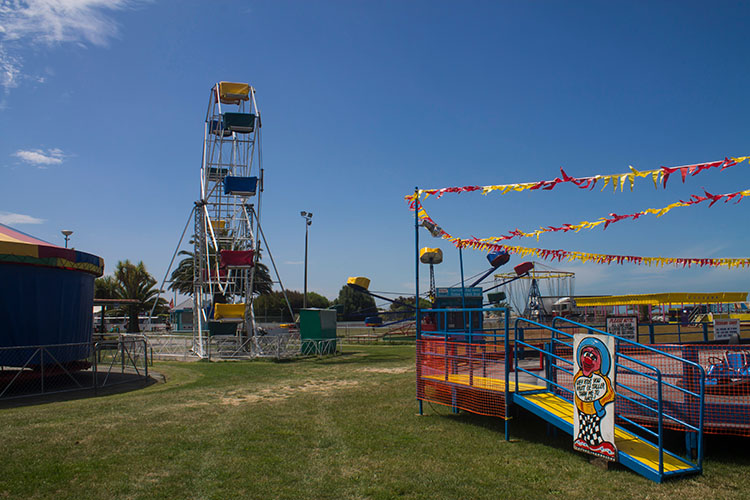 From Caroline Bay there’s a track which takes you north along the coastline. There are some nice views along the way, with the lighthouse you’ll see early on being the most photogenic spot.

You can keep walking towards the big headland you’ll see in the distance (it’s not that far though). You can also drive to several points along this track if you’re feeling a bit lazy. 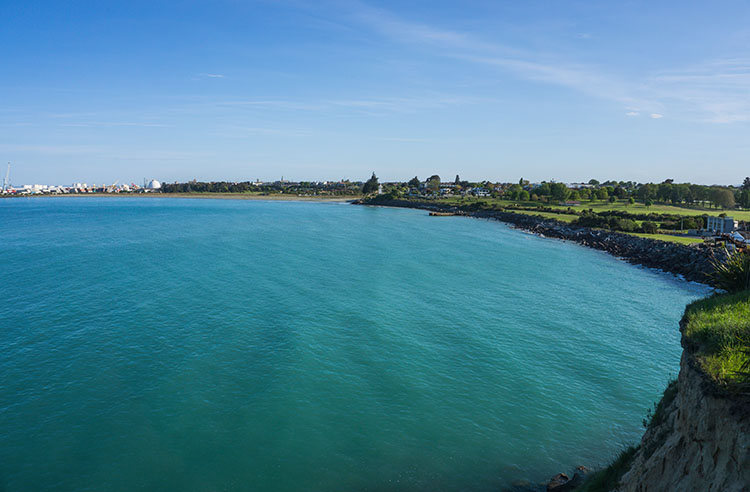 Timaru is a great spot to see little blue penguins. They apparently live around the port area — I’ve never seen them in Timaru but have in nearby Oamaru and Dunedin. They’re really entertaining to watch — hopefully you get to see them somewhere when you visit New Zealand!

I remember when this was being planned and it was controversial at the time. It’s a big viewing platform / lift that takes you from the gardens behind Caroline Bay to the top of the hill close to the main shopping and eating area. The views are pretty good from the top and there are plenty of places to sit and relax up there (and also a little outdoor bar thing just across the road). 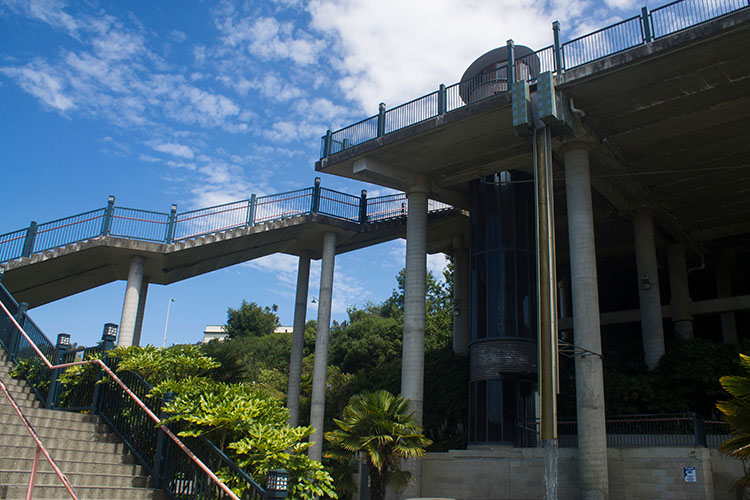 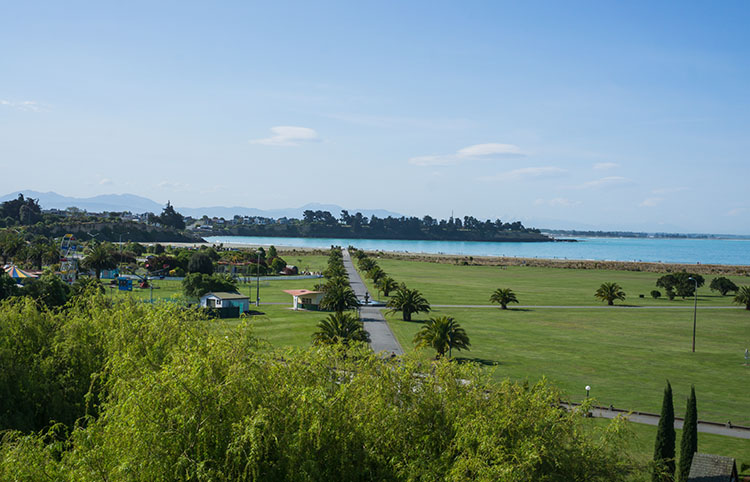 Timaru is home to one of the most picturesque “high streets” in New Zealand. Stafford Street, which runs right through the centre of town, is lined with consistently old and pretty buildings dating back to as far as the late 1800s – it’s a very relaxing place to wander, do some shopping and grab a coffee. 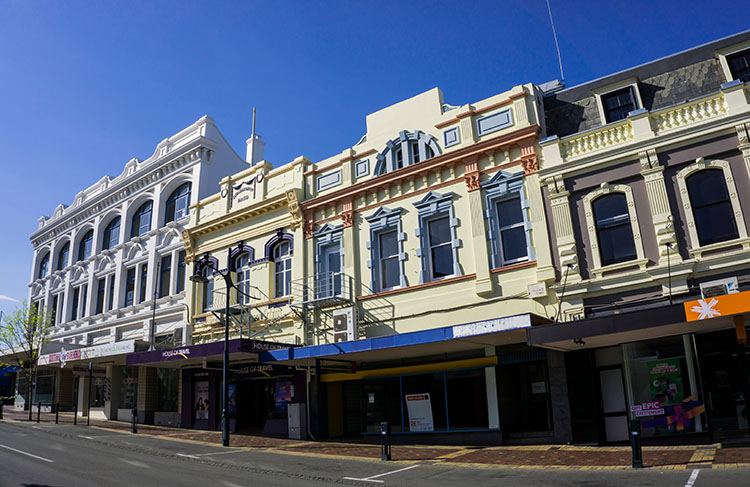 This is another good spot to head if you’re passing through town on your way north to Christchurch or South towards Oamaru and Dunedin. There are also some interesting old buildings on some of the side streets. Head towards the train station and you’ll see some old warehouses, and there’s also the Speights Ale House which sits inside yet another old building. 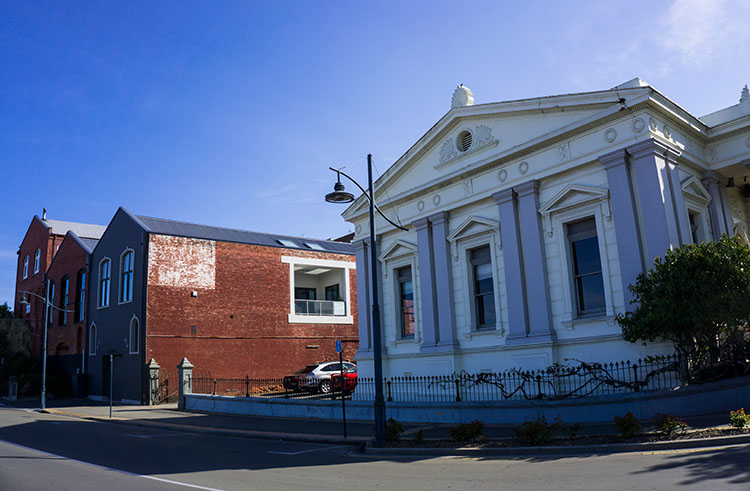 Walking down the main street in Timaru is nostalgic for me. My first ever job was delivering papers to businesses there. I was about 9 years old and I remember it being fun — I used to get a free coke at one of the pubs, and an old guy who ran the shoe shop used to give me some of his spare change whenever I popped in. 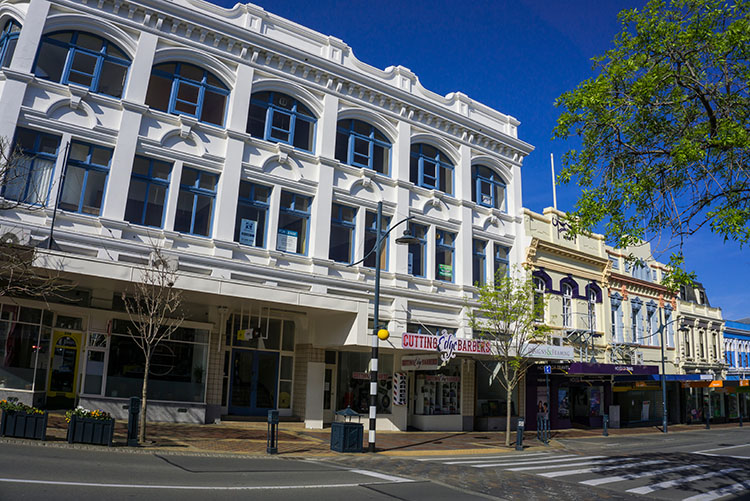 A 10-minute drive south of town brings you to a nice coastal area featuring Jack’s Point Lighthouse as well as a scenic walking track. We were surpised how good the views were at this place — that water almost looks tropical! 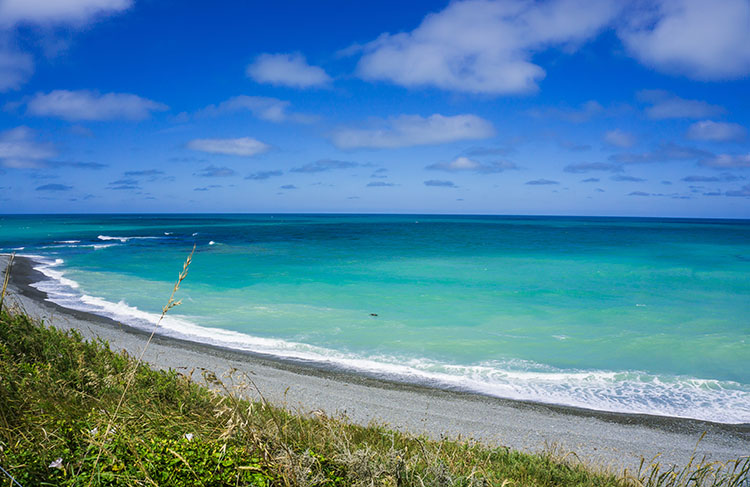 Check out the Churches

Timaru is home to some nice old churches, including St Mary’s Anglican Church and Sacred Heart Basilica. The latter is the best one to see but is currently covered in scaffolding —  it’s an impressive building when it’s free from clutter.

This museum is compact and packed full of a huge variety of artifacts and displays. It details most aspects of this region’s history, including the pre-European times, colonization and more recent occurrences. 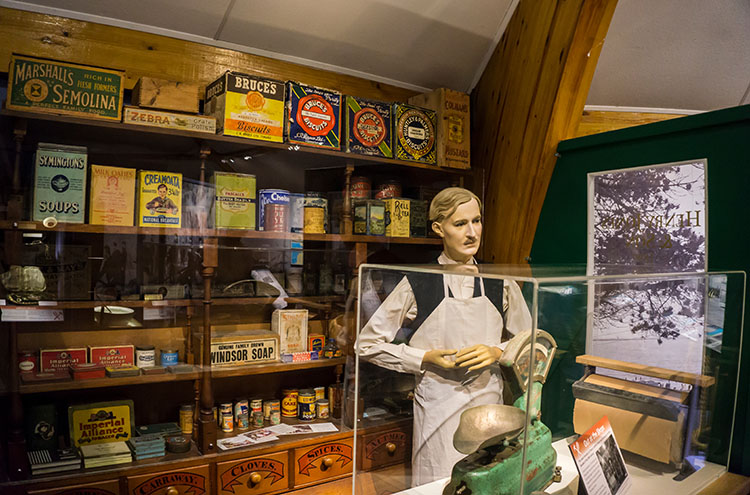 There are also some New Zealand wildlife displays and a replica of Richard Pearce’s plane. Pearce is one of the most famous Timaruvians (well, he lived in nearby Temuka) – he was close to being the first person to fly a motorized vehicle but was apparently beaten to the punch by the Wright Brothers (although this is still controversial in Timaru). 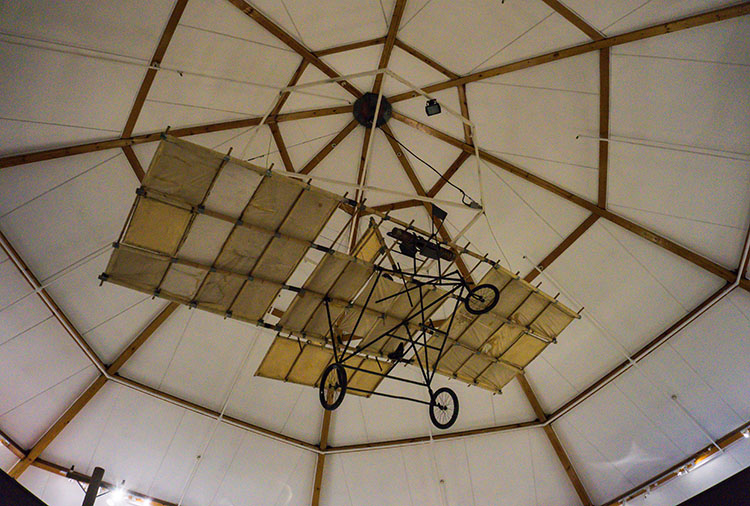 If you want to see some art in Timaru this is probably your best bet. It’s worth a quick look but don’t expect to see anything too iconic. There are some cool sculptures in the garden though and part of the gallery is in an old house (although this part is closed – you can still see it from outside though). 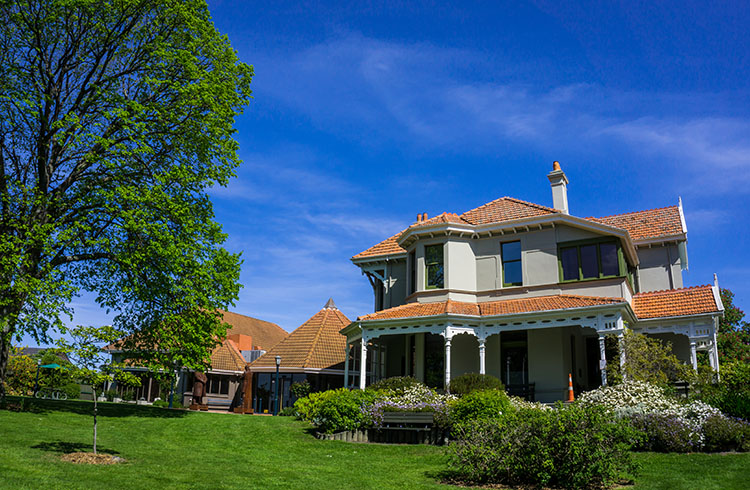 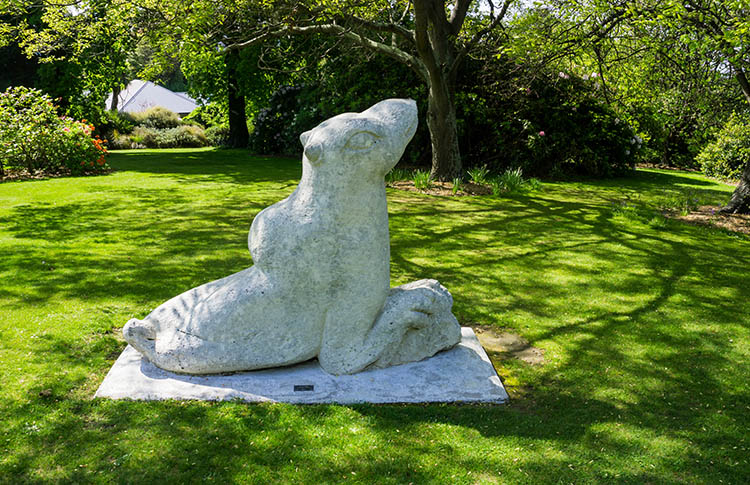 Just across the road you’ll find Tighnafeile House. It’s one of the grandest old buildings in Timaru and is now a hotel — it would be a great place to stay if you feel like splashing out. 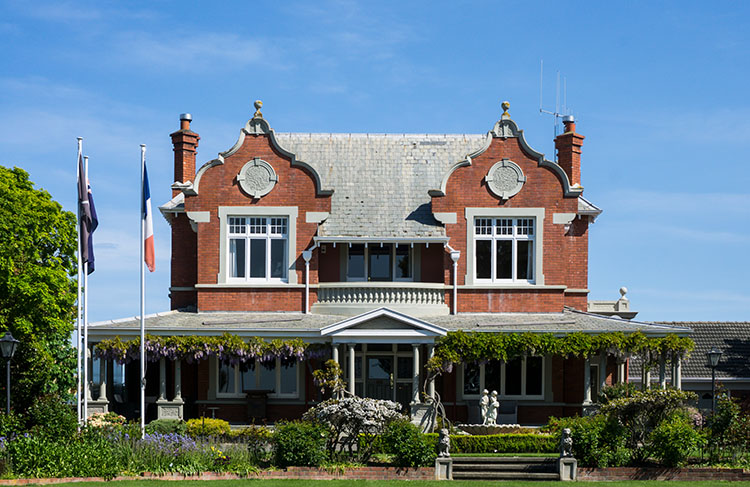 There are botanic gardens in almost every city (and big town) in New Zealand and they aren’t usually high (or get mentions at all) in these kinds of posts. Timaru Botanic Gardens are a little different though, and it’s not (only) mentioned here because I’m scraping the barrel. What makes this place unique is that you can drive around pretty much the whole thing. Why walk when you can drive! 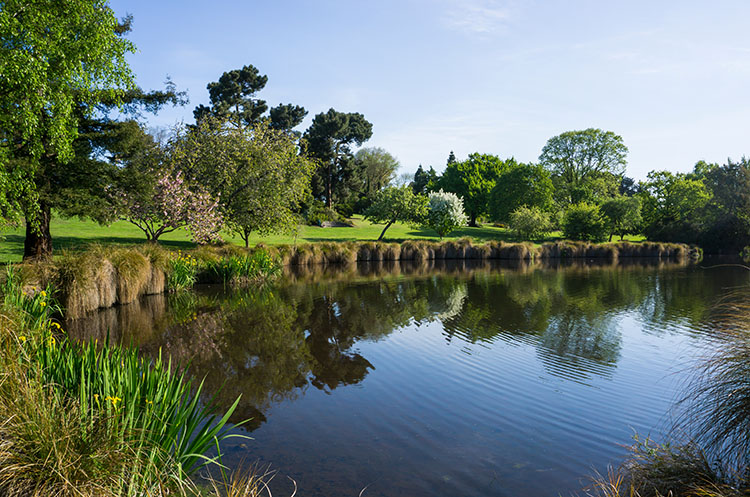 Less than an hour from downtown Timaru is Peel Forest, and looming above that is Mount Peel. Split up into three sections (Little, Middle and Big), the climb to the Little Mount Peel summit is a popular day trip from Timaru. It’s a tough walk, but the views from the top are well worth it. 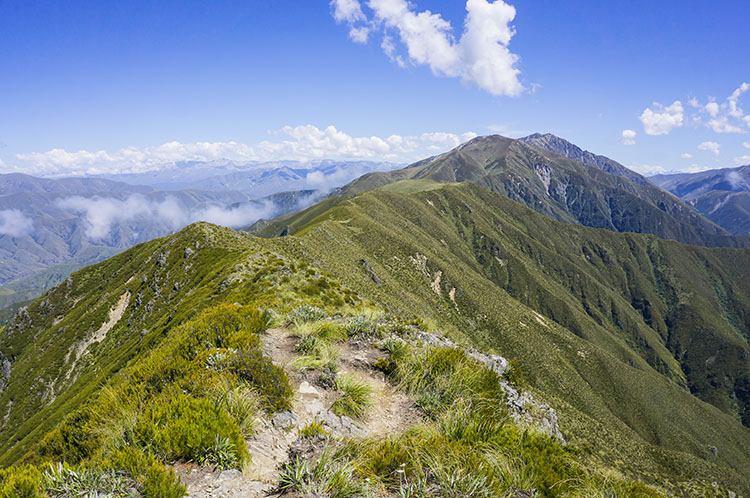 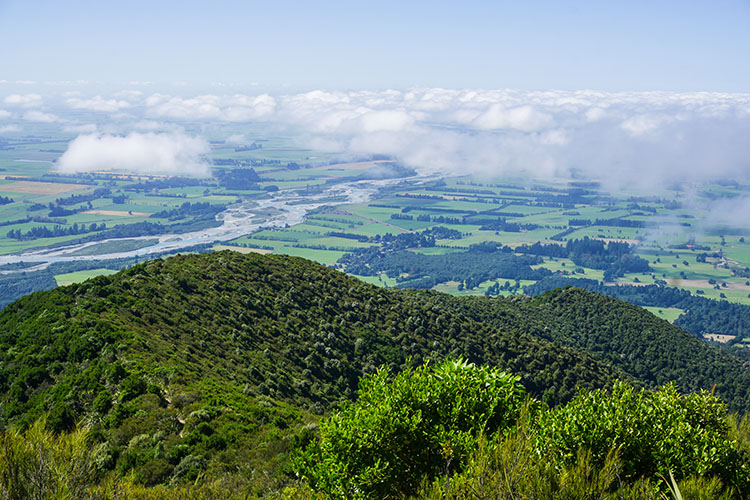 If you’re not up for a slog up a mountain, there are some more sedate walks to waterfalls and massive trees in Peel Forest.

The hot cross buns at U-Bake, in the north Timaru industrial area of Washdyke are a pretty big deal. They’ve won the “Best Hot Cross Buns” award multiple times, and the good news is that they’re available all year round. 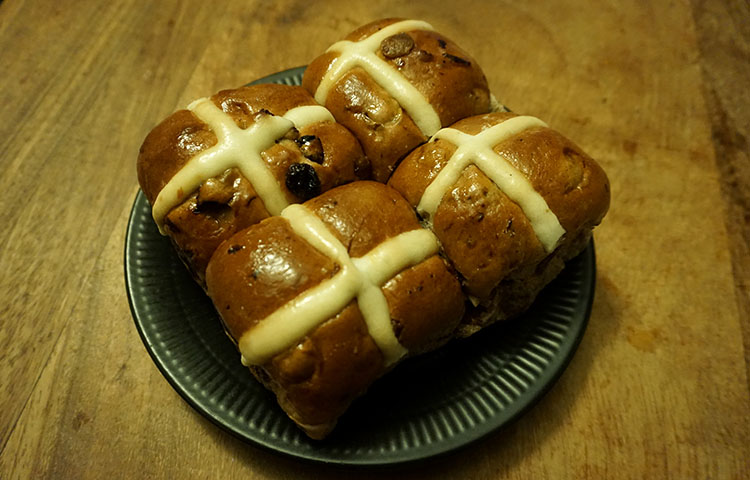 As I said before, I originally hail from Timaru. I was born there — and raised until I was 10 – before moving to Dunedin. One of the best things to do in Timaru (probably only for truly die hard fans of this blog) is to see a few of the key places from my childhood. You could check out Timaru Hospital, where I was born, walk up Wai-iti Road (where I spent my last few years in Timaru) or head to Ashbury Park, the scene of many games of cricket during my youth. 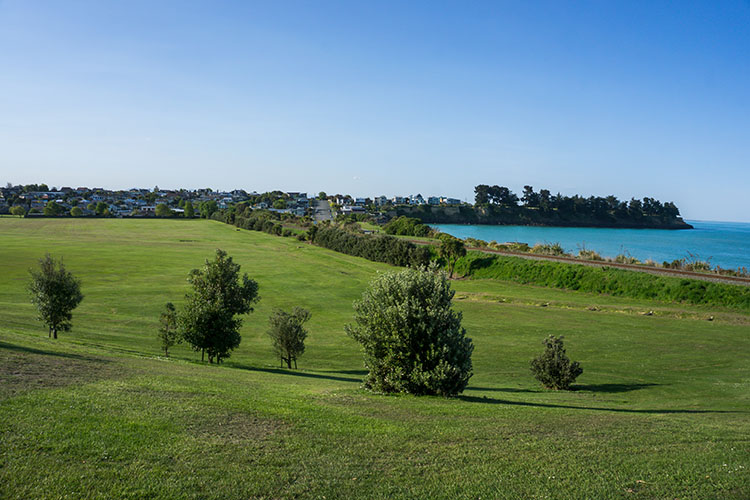 Other Things to Do in Timaru

You could check out one of the last remaining United Video stores in New Zealand (pretty sure it’s closed now), do a Maori rock painting tour (we balked at the $130 price for this though, and we’d seen some similar things in the Waitaki Valley), or hmm, that actually seems like everything!

Timaru is close to some small, rural towns including Pleasant Point (where you’ll find an old steam train if you time your visit right), Temuka (fairly nondescript but a decent small town) and, slightly further afield, Geraldine and Waimate. 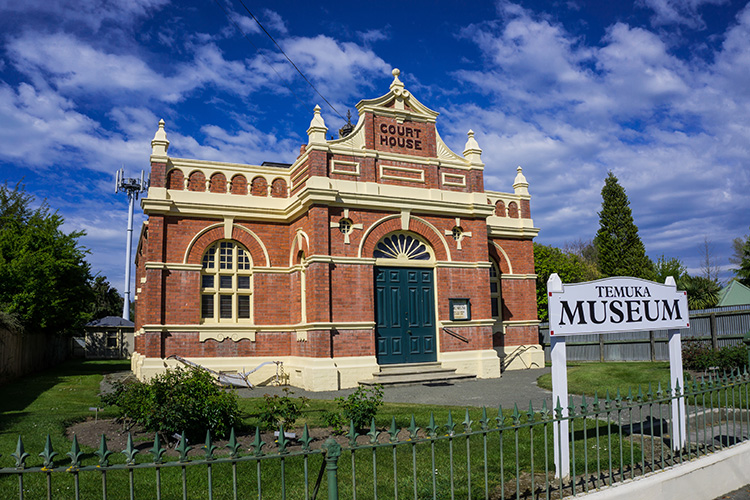 Timaru is two hours south of Christchurch and two and a half hours north of Dunedin (pictured below). You’ll pass through when driving between these two cities, otherwise you’ll miss it entirely (it’s not on the way from Christchurch to Mount Cook / Queenstown, for example.

We’ve driven through Timaru countless times over the last few years and we often stop there for dinner or lunch. We’re big fans of Burger Fuel (a local NZ burger chain) – we don’t have it in Dunedin so it’s always a nice treat. We also got a good iced coffee at Coffee Culture the other day (we were mainly attracted by the outdoor seating) and there are lots of other bars, cafes and restaurants scattered around the town centre and just above Caroline Bay. 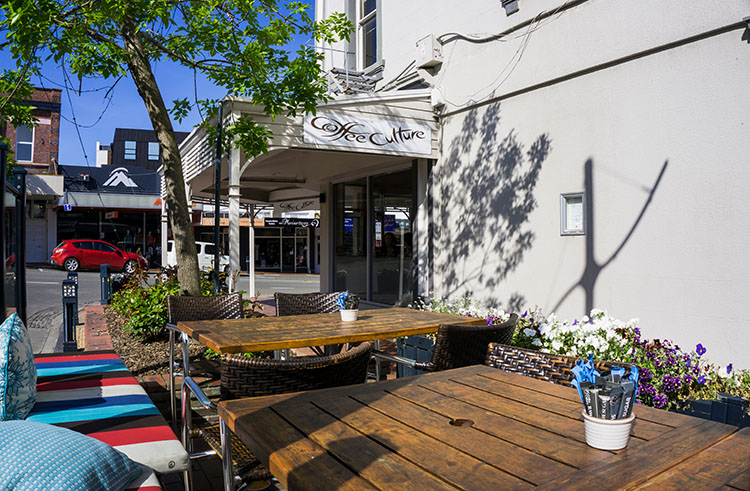 Are you planning on driving through Timaru? Did this post convince you to stop there? Let us know in the comments below!