When researching the Gertrude Saddle Track the thing that stood out was how difficult and dangerous the hike would be. People have died doing this hike and DOC have classified it as an “expert track”. I’m not an expert at anything, so I was a bit apprehensive. It turns out if you hike it on a clear, dry summer day it’s not that dangerous at all. It is beautiful though, possibly the most scenic day hike in New Zealand, the land of scenic day hikes. Here’s what we saw on the Gertrude Saddle Track and a few tips to make your hike easier.

The track starts off as a meander through the Gertrude Valley. It’s an easy start but the track is often narrow and rocky, so watch your step. The views on this part of the track are great and it’d make for a quality short walk if you’re not keen to go all the way to Gertrude Saddle. Rugged, snow-capped mountains, some with waterfalls crashing down them, surround the green valley floor. 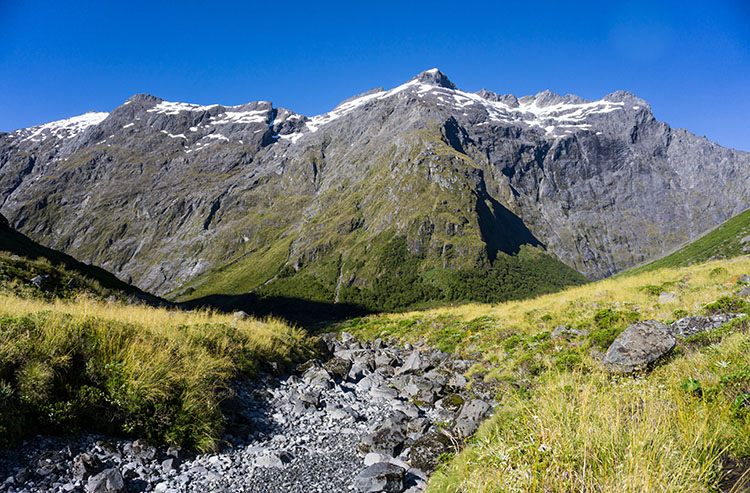 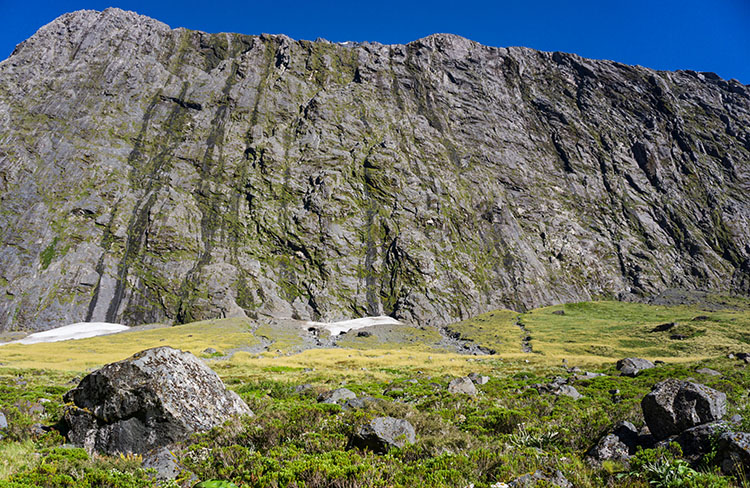 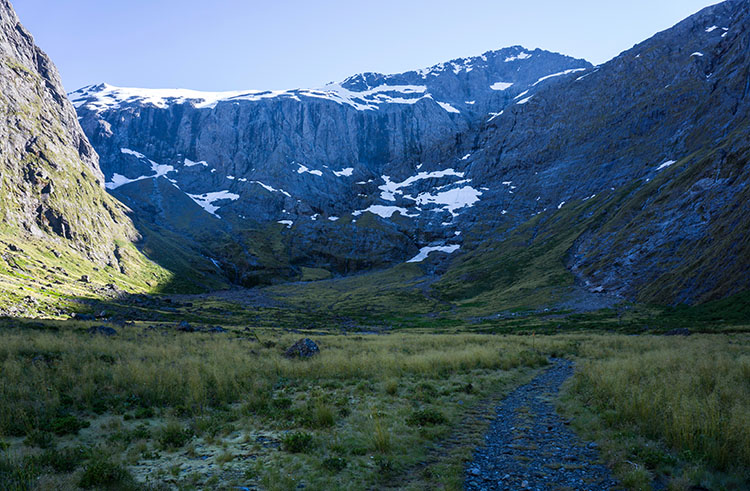 From the depths of Gertrude Valley you head straight uphill. You’ll notice a river — follow the orange poles and only cross where the track leads. People have died on this section by crossing the river at the wrong point. I’m pretty sure more track markers have been added lately and it all seemed pretty obvious when we did it. Still though, be careful (and don’t blame me if something goes wrong).

From this part of the track you’ll see an impressive waterfall and views looking back over Gertrude Valley. There isn’t really a defined track from this point until the saddle, so keep an eye out for the orange poles and plan your route accordingly. If you can’t see a pole you’ll probably see cairns (piles of rocks) left by previous hikers. 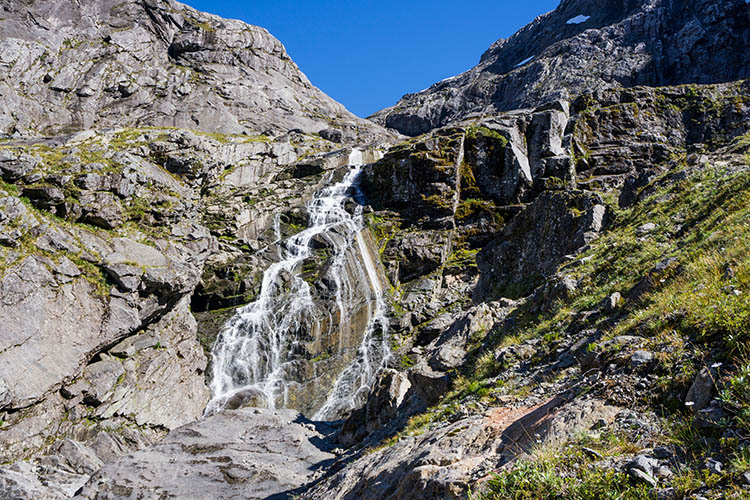 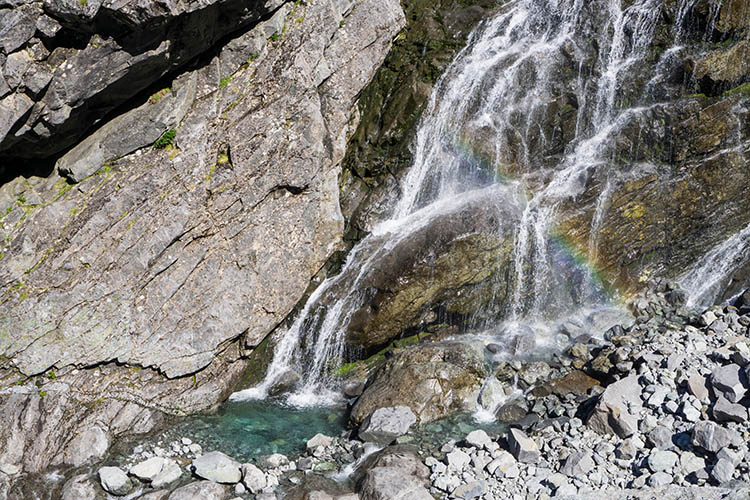 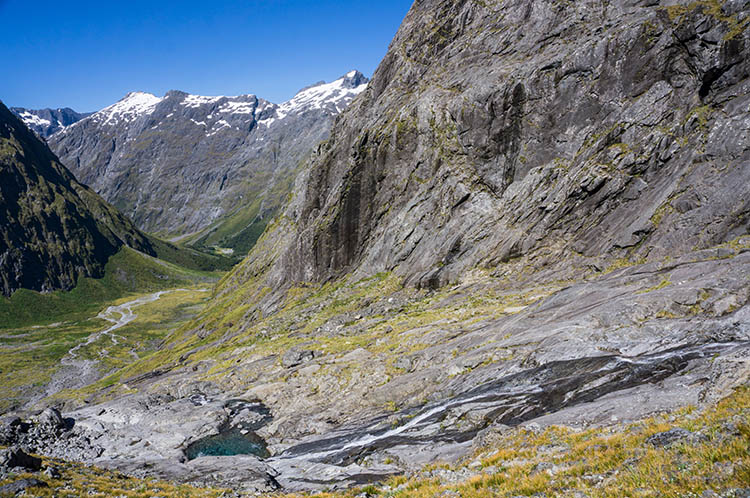 You’ll eventually come to a steep section where you’ll have to climb up with the aid of a rope. It’s easy enough but could be scary for some. The reward is a chance to relax by the shores of Black Lake. We talked to someone who went swimming in Black Lake, but it seemed like it would be freezing! 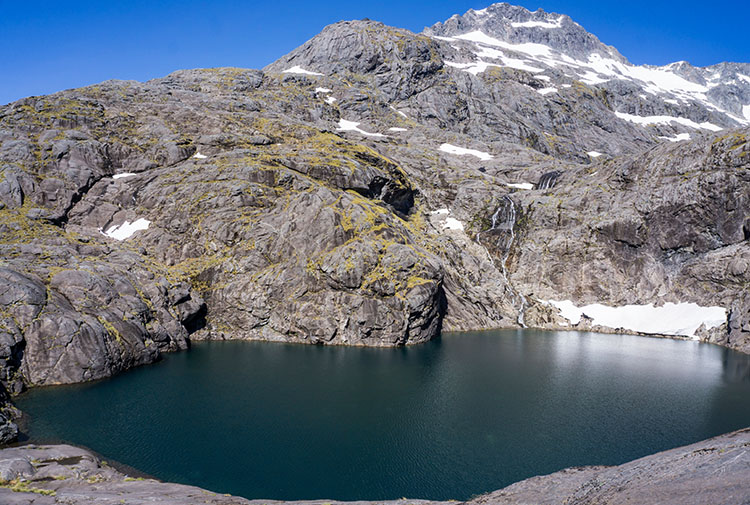 From Black Lake you head directly up a steep rock section, with a series of ropes to help you along. This section would be dangerous in wet or icy conditions — definitely don’t do this in winter / bad weather! 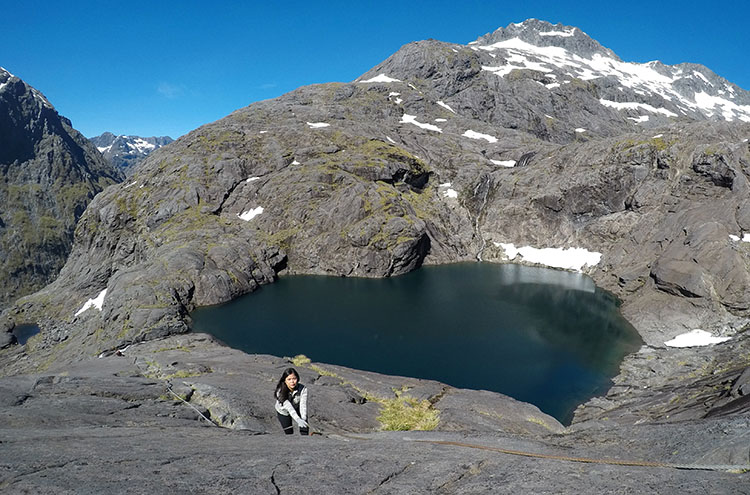 The Hike to the Saddle

From the top of the uphill rope section you’ll have to scramble over rocks and snow (we did it in late December and there was still plenty of snow around). The snow crossings were a bit dodgy as you could see bits where something had pierced the snow. The last thing you want is to be walking through the snow and suddenly fall through to the rocks below. The final section is a scramble up rocks to Gertrude Saddle. Again, follow the markers and take your time! 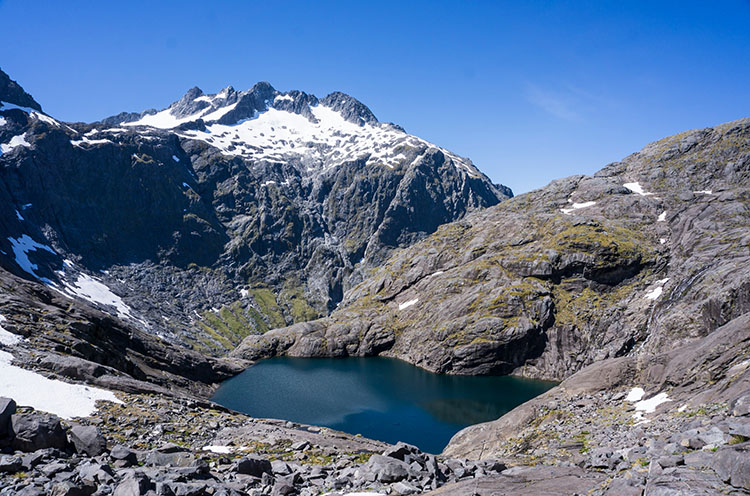 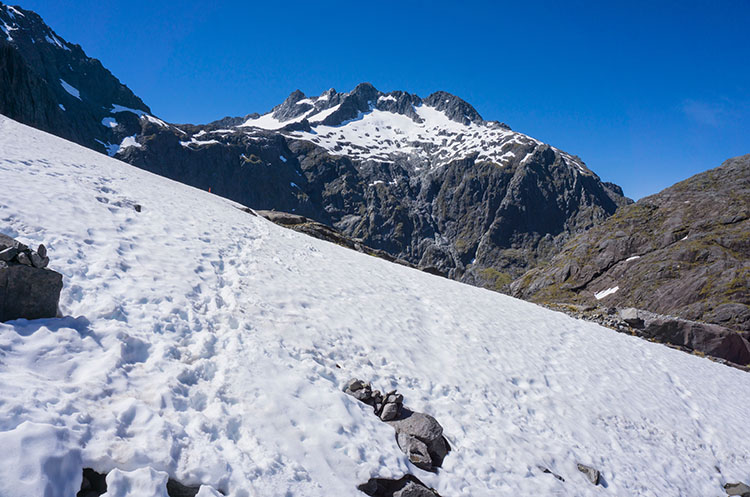 If you’ve read this far you’ll realise that this is no easy hike. But the reward at the top, and the views you see along the way, more than make up for the difficulty. From Gertrude Saddle you can see down an unspoilt valley all the way down to Milford Sound. It’s the best view we’ve seen of this rugged landscape. 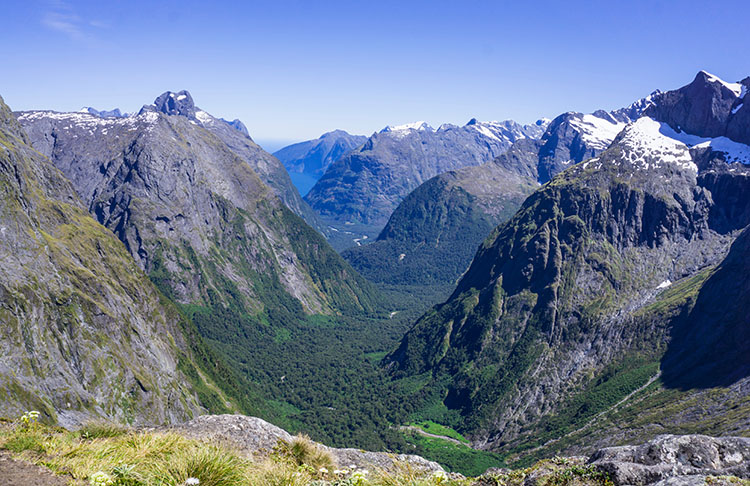 There are several spots at the top to take in the view. Be careful though and don’t stray off the track. If you’re lucky you’ll see some kea up there, but owing to the difficulty and lack of awareness about this hike you won’t see many people. There were only five other people up there and we did it in peak New Zealand summer! 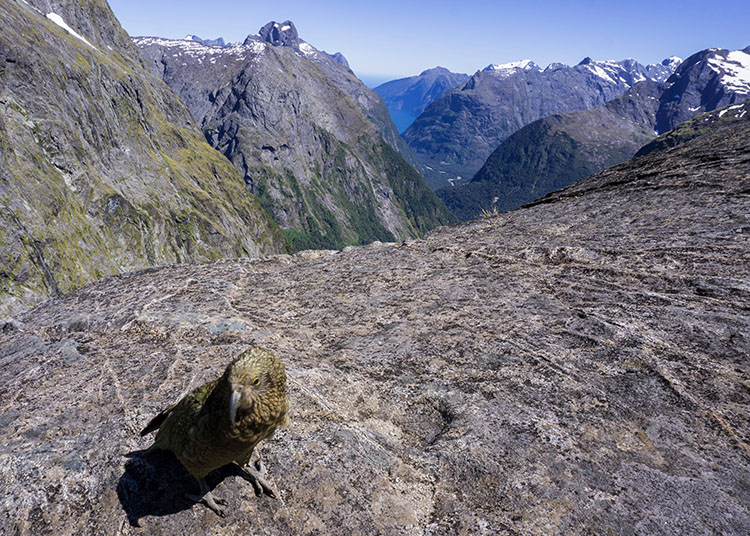 From Gertrude Saddle you’ll have to return the way you came. It’s hard on the knees and you’ll risk slipping on the loose rocks, but with some care you should make it back unscathed!

When to do the Gertrude Saddle Hike

We did it in late December and it seems like the best time as there is still some snow around but the route up is fairly safe. If you did it any earlier it’d probably be dangerous. DOC recommends to not consider doing it between April and mid December. We started the hike at around 8.30 am and the light for photos was perfect all the way through the hike. All up it took is 5.5 hours, including lunch at the top.

Getting to the Gertrude Saddle Track

The track starts just before the Homer Tunnel on the road to Milford Sound. There’s a small sign pointing to Gertrude Valley and the car park is close to the road. There are heaps of other hikes along (and close to) this road, including Key Summit, Lake Marian and the Tutoko Valley.