The Rob Roy Glacier Track takes you past some of the South Island’s most spectacular mountain scenery. Massive waterfalls cascade down sheer cliffs, there are snow-capped mountains all around and the hike is actually pretty easy. Rob Roy Glacier is one of the best looking glaciers (from ground level) in New Zealand and it’s the climax to one of the best short hikes in the country.

The first part of the Rob Roy Glacier Track takes you through farmland ruled by cows. It’s an easy start, but soon enough the inevitable hill climb presents itself. It’s not too bad though, and it shouldn’t trouble anyone with a half-decent level of fitness. The track cuts through the forest and is mostly shaded, meaning there aren’t many good viewpoints to speak of. 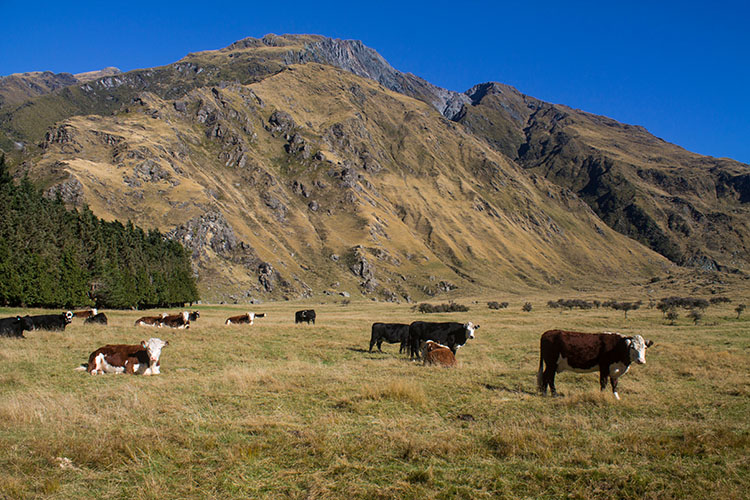 READ MORE: 10 of the Best Walks in Wānaka 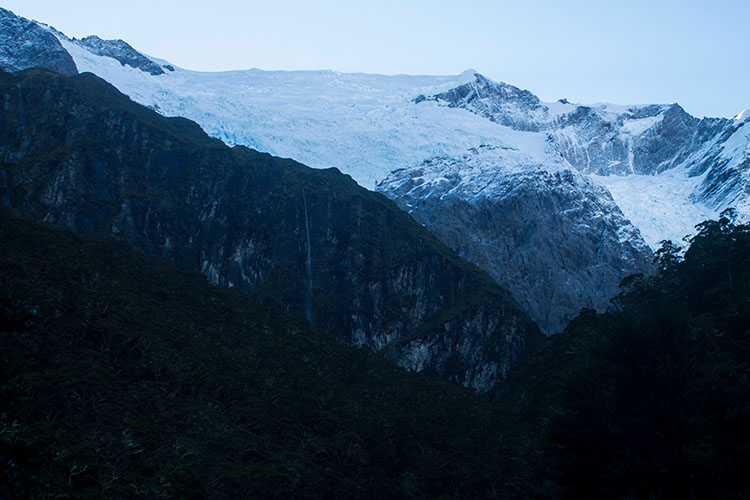 The track continues (mostly) uphill for another 20 – 30 minutes. You’ll be walking next to the river for some sections – we did it in May and the rocks had frost / ice on them. This valley doesn’t look like it gets much sun in the cooler months, which makes it hard to get really good photos. Eventually you’ll reach a clearing, where you might be greeted by some curious kea. These native New Zealand parrots aren’t shy – they would have come right up to us if we had let them. 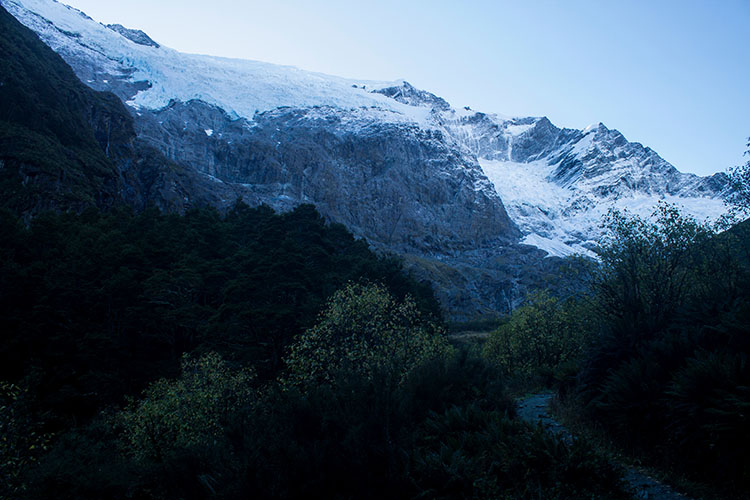 Once you get out of the trees, the views are incredible. Several towering waterfalls crash down from the mountains to the valley below, and the emerald green hills contrast nicely with the glacier. It’s definitely not New Zealand’s largest glacier, but I think it’s probably the nicest to look.

The track continues after the last viewpoint — we followed it for another 10- 15 minutes and the quality of the track steadily declined. We eventually came to a river crossing, which looked dangerous to get down to, so we headed back. The views were slightly better from sections of the track past the final viewpoint, but I’m not sure it’s really worth the hassle.

READ MORE: 18 Fun Things to Do in Wānaka 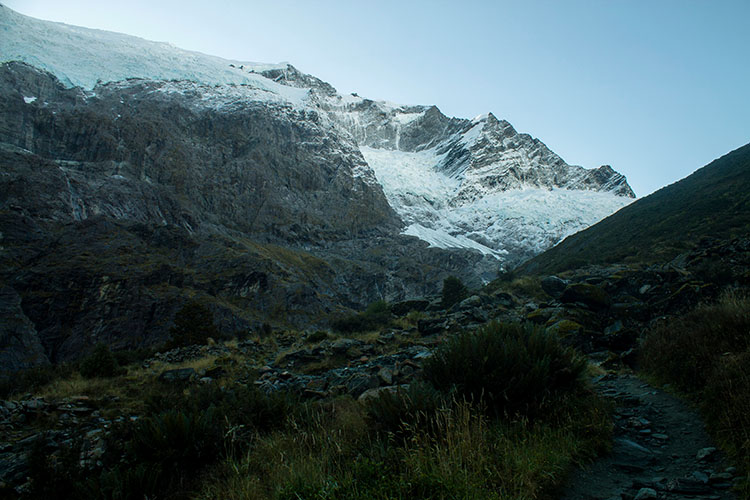 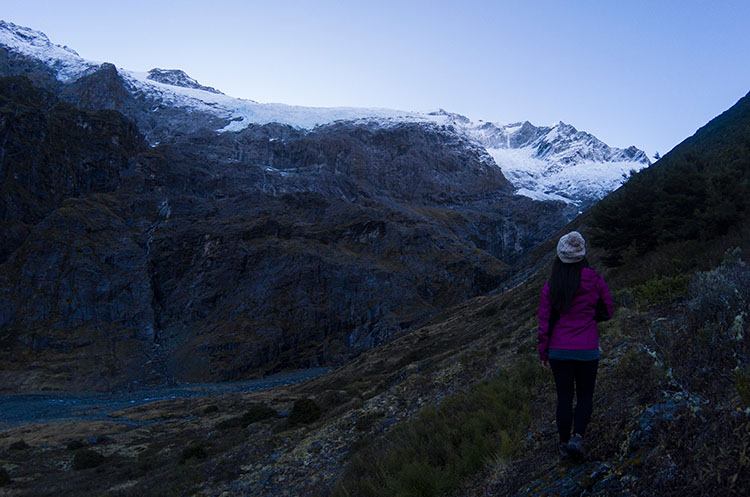 Getting to Rob Roy Glacier

The start of the Rob Roy Glacier hike is around an hour’s drive from Wānaka. The last section is gravel but it’s in pretty good condition. There are several fords to cross – don’t drive through them too quickly or you might damage your car! The drive to the start of the track is really beautiful. It starts off skirting Lake Wānaka (Glendu Bay is a highlight) and then follows a valley surrounded by mountains. The drive alone is worth it – it’s definitely one of the most scenic roads in these parts.

Are you planning a trip to Wānaka? Check out our Wānaka travel guide!