Slope Point: The Southernmost Spot on the South Island

Slope Point is at the southern end of the Catlins and the turnoff is very close to Curio Bay. Curio Bay is an awesome place to visit – you’ll have a good chance of seeing dolphins and yellow-eyed penguins, as well as a petrified forest and a long stretch of beach. From there you’ll head inland slightly and then along a gravel road towards Slope Point. It’s easy to find!

Once at the car park, it’s a short walk through farmland to Slope Point. Don’t wear your flash new shoes! It takes 10 minutes or so to reach and you’ll see some nice views along the way. Is it any nicer than the other parts of the Catlins? Not exactly, but if you’re visiting Curio Bay anyway it’s worth the detour.

READ MORE: 23 of the Best Things to Do in the Catlins 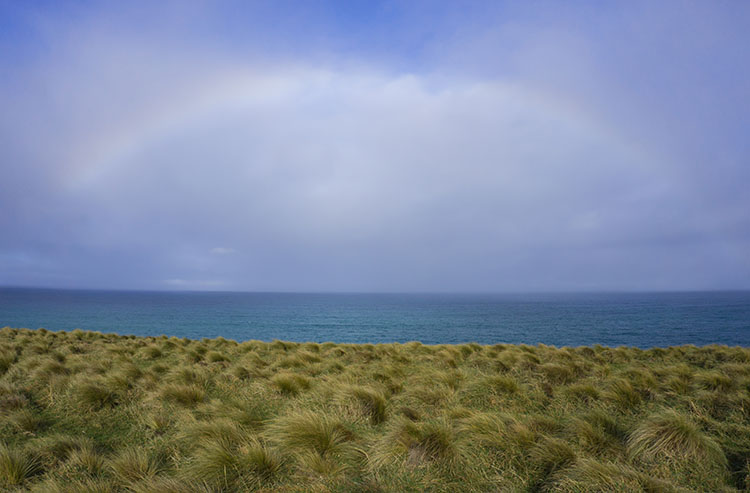 At the end of the track you’ll see a little lighthouse thing (a light without the house I guess) and a sign pointing to both the Equator and the South Pole. The clifftop views there are pretty good but there isn’t too much else to look at. A trip won’t take up too much of your day and it’s good to be able to say you went to the southernmost spot on the South Island! 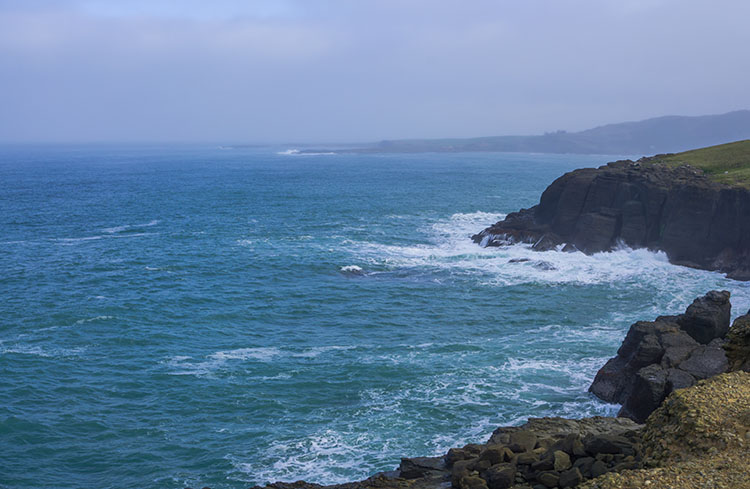 An hour or so towards the west sits Stirling Point, in the small town of Bluff. Bluff is widely regarded as the southernmost place in New Zealand and it’s only slightly less southern than Slope Point. It’s also a more interesting place in my opinion, so if you’re near Invercargill and don’t feel like driving all the way to Slope Point, you can be safe in the knowledge that you’re far enough south and in a nicer spot.

Other Places to Visit Nearby

Curio Bay is the obvious highlight in this part of the Catlins, but Waipapa Point Lighthouse is also a great place to visit. It’s further along Haldane-Curio Bay Road (where the turnoff to Slope Point is). There’s also a nice beach view very close to Slope Point (Weirs Beach). You can drive part of the way down School Road (very close to the car park) and walk a little more down the road. It was a bit cloudy when we were there, but I imagine the views being amazing in the right light.

Also check out the Waipohatu Waterfall Track — there’s a  bit more hiking involved than the other waterfalls in the Catlins but it’s worth it. 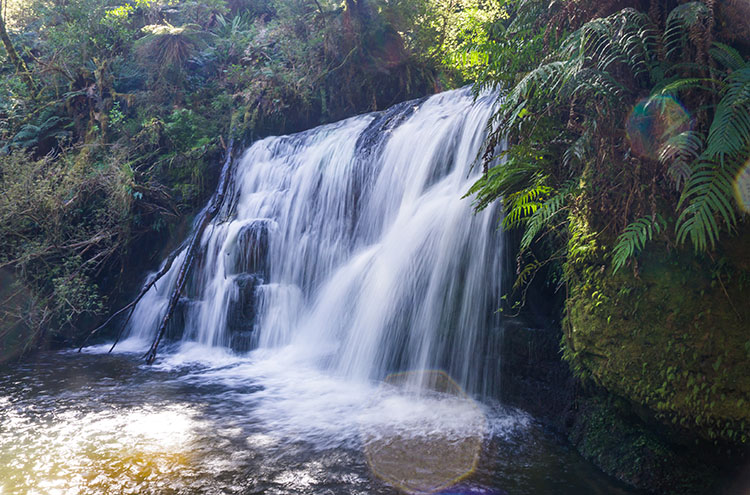 Are you road-tripping around New Zealand? Check out our South Island Travel Guide for lots of tips!